So I was drawing a few comic book art sample pages for My Little Pony and in the middle of my little story I had Rainbow Dash take off and fly at super sonic speed across Equestria. I thought, “How can I show both the fast paced urgency and the distance she is traveling?” It occurred to me that having her “buzz” a relatively static character in a field would do quite nicely. Who better than the stoic Chief Thunderhooves? 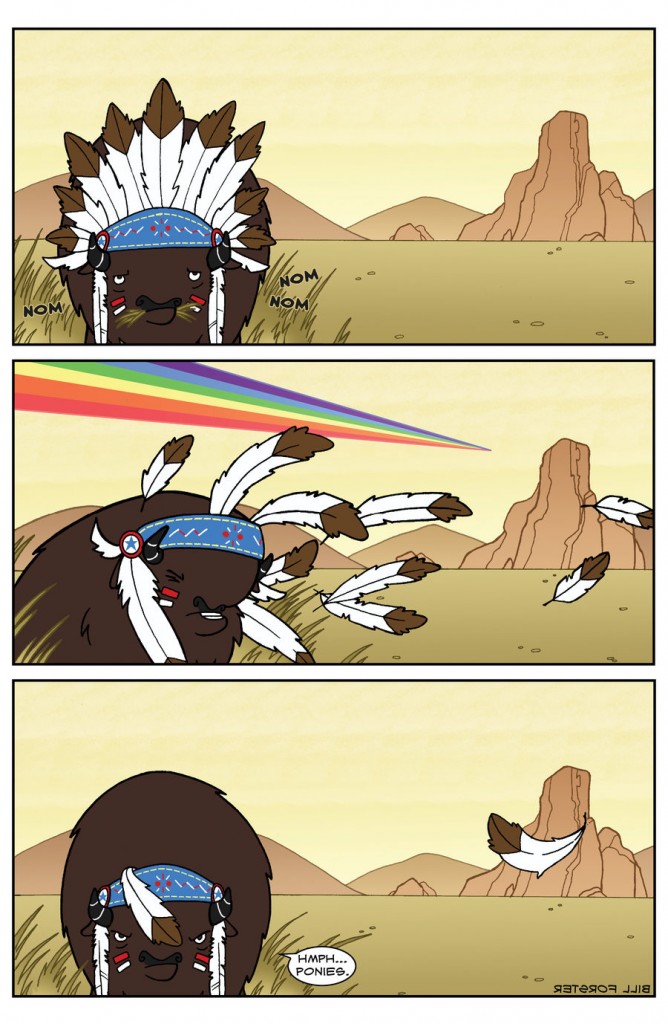 This page turned out to be a fun little story all on it’s own. I like that I didn’t draw in Rainbow Dash but rather solely her rainbow wake to indicate her zooming by.

…and yeah, I drew the background three separate times. I’m kinda dumb like that.