This February I have a My Little Pony cover coming out for issue #16 featuring Daring Do and a buncha jungle animals. I think I may be the first Pony artist to draw piranha in Equestria. You can’t see him very well, but there is a pretty cool looking snake hiding under the logo. When the book comes out I will post a better image with and without the logo. 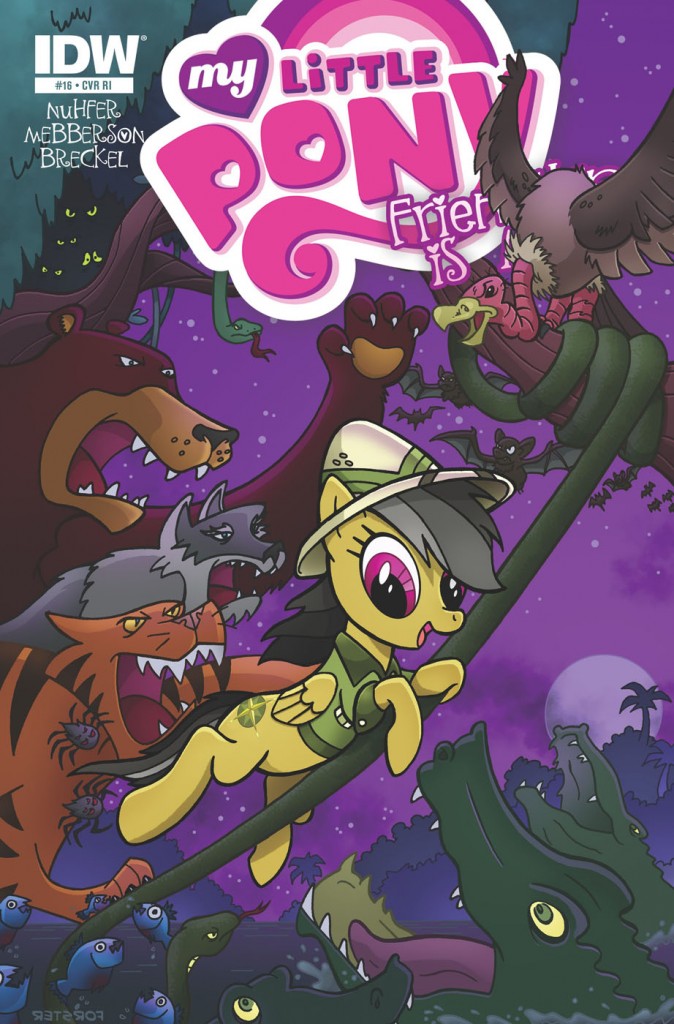 I considered having Gummy make an appearance with the gators but it detracted from Daring Do’s carefree attitude in the face of danger.

Read the solicitation for issue #16 at Equestria Daily: http://www.equestriadaily.com/2013/11/covers-and-synopsis-for-february.html