Here’s a 3 page story I made about the Mayor of Townsville from the Powerpuff Girls. The goal was to tell a funny little story using a variety of Cartoon Network properties. In case you’re wondering they are The Powerpuff Girls, Johnny Bravo, Dexter’s Laboratory, Ben 10, Samurai Jack and finally Foster’s Home for Imaginary Friends. 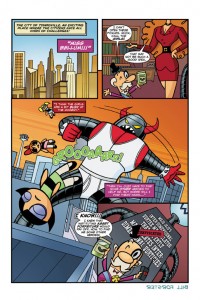 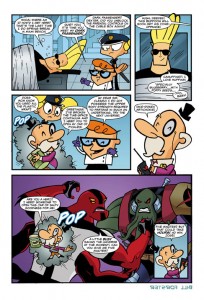 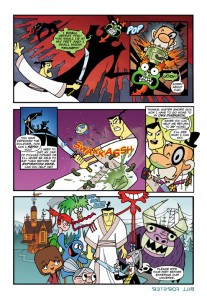 The letters were laid down by Hde Ponsonby-Jones. The script was written by both me and Jim Sorenson. You can check out Jim’s blog here: http://boltax.blogspot.com/ 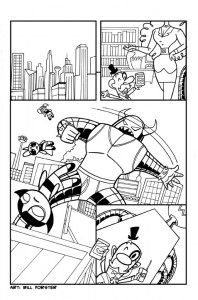 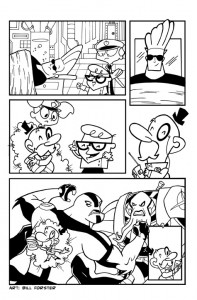 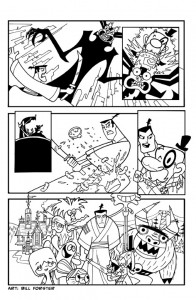 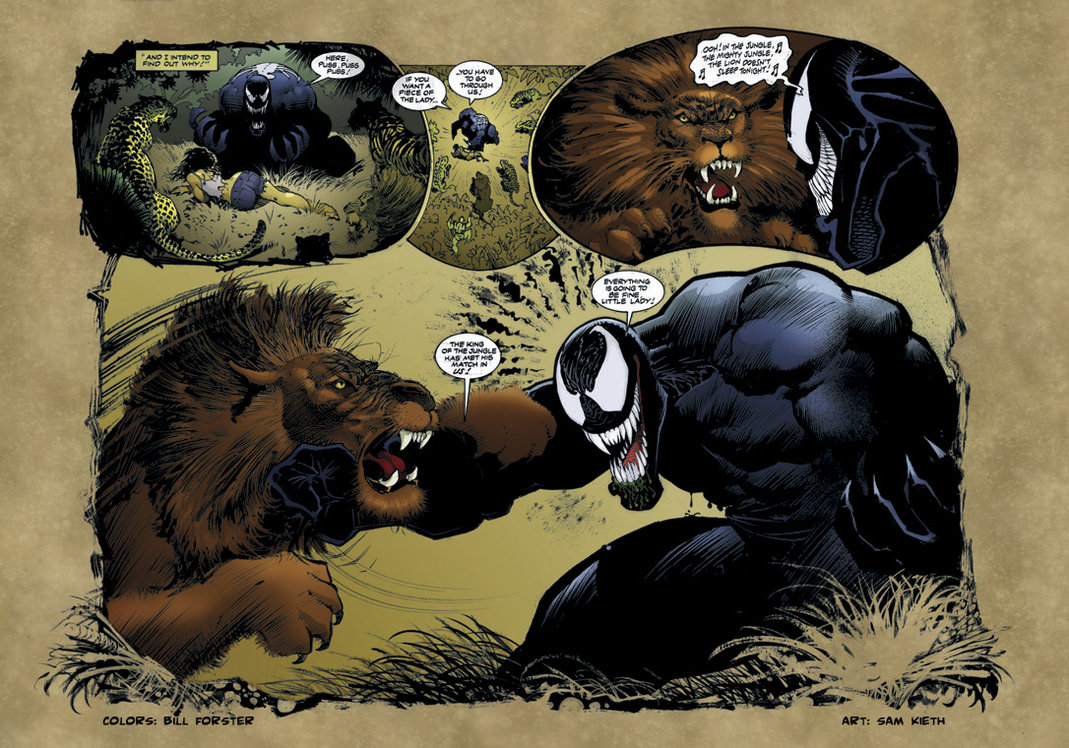 I’ve always been a fan of Sam Kieth’s work. From Sandman to The Maxx to The Hollows, his art is so…unique and alive. Nobody draws like him. So I really wanted to color a piece of his work.

I especially had fun coloring the lion’s head. There’s just so much personality in there.

The background I made to look like parchment because for whatever reason that seemed “jungley” to me. Besides, it worked well with the grassy boarder and added some fun texture.

I wanted to tell a funny little two page story of Foster’s Home for Imaginary Friends, but challenge myself my not using a whole lotta words. Only in the last panel for the punchline would I break the quiet. I thought, following a ball around adds some action and gives me the chance to tell the story through the art.

I think the whole thing was worth it just for that center panel of the ball flying over Edwardo’s head. I’m especially proud of that panel. I want to paint it on a wall or get a tattoo of it. Edwardo’s the best! 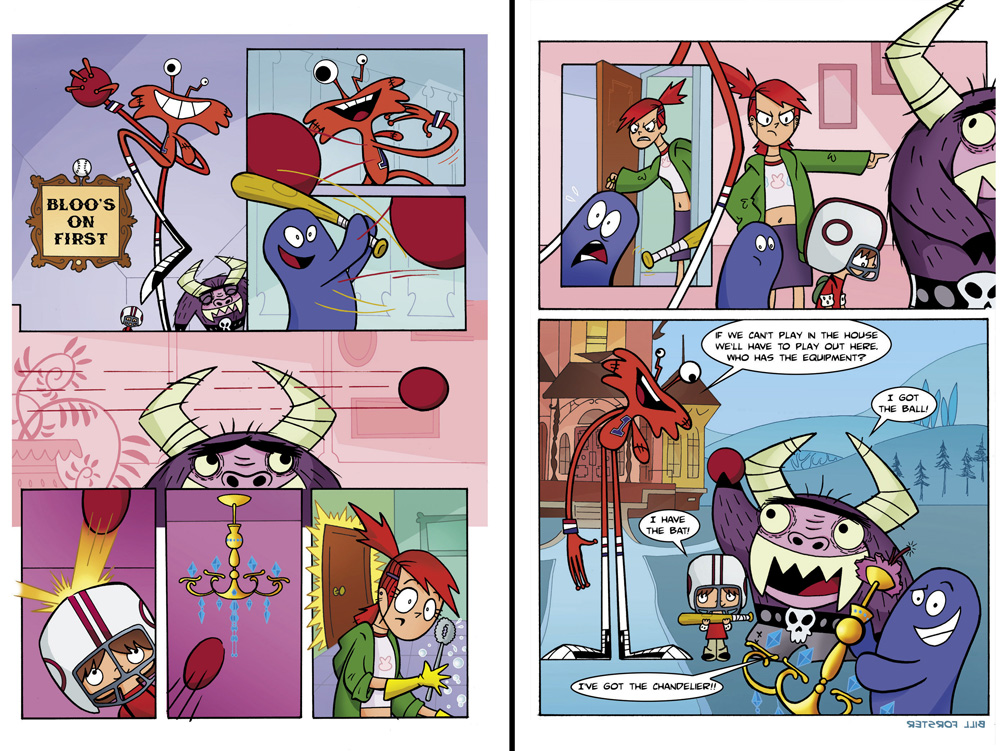 Here are the inked pages before coloring! 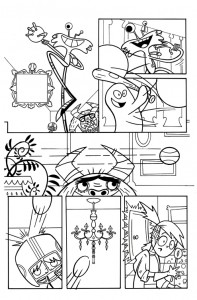 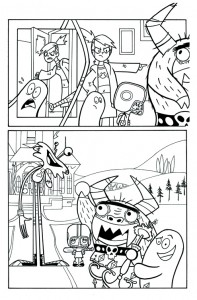 Here’s some more comic book coloring I have done. Two are John Byrne pinups. I love coloring his art. I saw the World’s Finest piece and really dug all the fire he had inked. By making the fire completely bright yellow color holds it gives the fire some life and adds that extra sense of heat.

On the Daredevil piece, Stiltman’s extended leg gave me an opportunity to paint in some shiny metal and add some further depth that I think really helped the image pop.

The third is from IDW’s G.I. Joe issue #21. I liked how the second panel is through the eyes of the character in the green glasses so I saturated everything with green. Fun stuff! 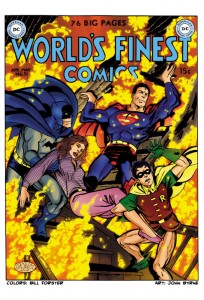 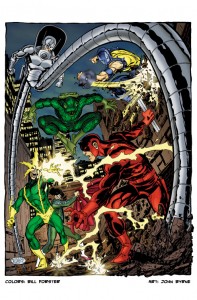 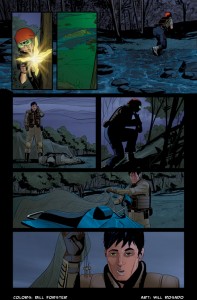 Here’s a 2 page My Little Pony comic story that I made. I threw it up on DeviantArt and it received over 40,000 views and tons of favorites. It even made it to the front “What’s Hot” page, which I was rather proud of. Typically I draw on board and then color digitally. The lettering was done by Hde Ponsonby-Jones. You can check out his blog here at: http://letterpunk.wordpress.com/

I love drawing Rarity because of all the hair and the attitude. It makes storytelling through the art really fun. The snotty little Diamond Tiara and her bratty friend Silver Spoon make for great facial expressions too.

Here are the individual pages before the letters were laid down. 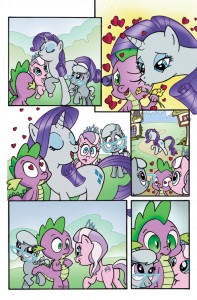 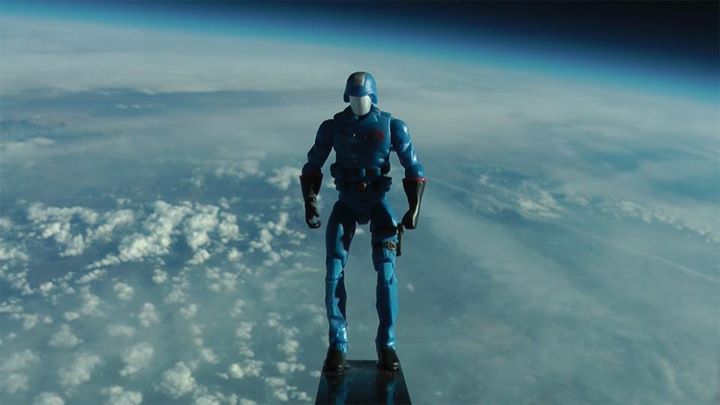 All the cool kids have blogs, why shouldn’t I? Facebook and Twitter don’t really give me the best arena to display my artwork. Therefore, I will be using this here blog to focus on my line art work as well as my coloring work. Also, I will be posting what conventions I’m at and what projects I will be working on. Well, I’m sure you know how this all works.

Anyway, here are some comic book coloring samples I have done: 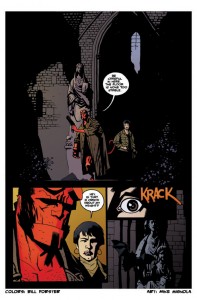 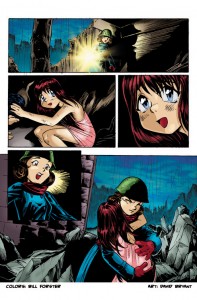 Thanks for stopping by! Look for more soon!

Originally I intended to draw Kup fighting the Sharticons inspired by the Transformers The Movie scene. But when I showed the pencil sketches around I kept getting asked the same question, “Where’s Hot Rod?” So to rectify Hot Rod’s absence I made a companion piece! This allowed me the real estate to feature a large amount of Sharkticons without shrinking Hot Rod of sticking him behind Kup. You can see the two side-by-side a little further down.

Here’s a little look at the process of coloring. This is Kup’s colors minus the ink work. 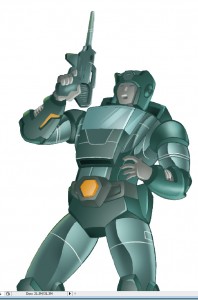 Here’s the two prints side by side! Twice the Sharkticons!